This page is not translated in 简体中文 so you are seeing the fallback language instead.

Here’s a jaw-dropping statistic: a mere 0.1% of the geothermal heat that lies deep inside our planet could supply the total energy needs for all of humankind for two million years.

It’s an inspiring number, as the imperative to decarbonize the world’s energy production grows ever more urgent. Unfortunately, while geothermal energy can provide an essentially infinite source of clean, continuous power and heat, most of it is inaccessible using conventional technologies.

Enter GreenFire Energy’s approach to ‘closed-loop’ geothermal power. Founded in 2014, the company brings a combination of advanced geothermal systems (AGS) and extensive economic and technology modeling. It's on a fast march to retrofit existing geothermal wells, identify field expansions for new wells and develop large greenfield projects for geothermal resources previously deemed too risky or uneconomic. And the energy industry is taking notice. In March 2022, Baker Hughes was announced as the lead investor in GreenFire’s Series A financing round, and Ajit Menon, VP for the company’s geothermal division, will join the GreenFire board.

“We are seeing a very welcome pivot by the oil and gas industry into geothermal because the sector – and Baker Hughes in particular – has the skill set, experience, financial capability, and dedication to make the geothermal transition happen,” says GreenFire Energy president and CEO, Joseph Scherer.

“You can describe geothermal as an infinite resource,” adds Scherer, who spent more than 30 years as a project financing attorney before making the switch to leading the energy startup seven years ago. He was convinced by modeling work that GreenFire did in collaboration with the Lawrence Livermore National Laboratory, which determined that their patented closed-loop geothermal technology can unlock long-term producibility and sustainability in numerous resources around the globe.

How does closed-loop geothermal energy work?

GreenFire Energy has published numerous research papers detailing its GreenLoop™ technology. A simple explanation is that a working fluid is circulated in a closed loop in the well to harvest heat, without depleting the resource. There are several variations of GreenLoop, tailored to suit well configurations, surface systems, flow rates and even working fluids in line with the particular resource and, for retrofits, the existing infrastructure.

Scherer says that potentially their “hottest product (pun intended)” is the Steam Dominated GreenLoop (SDGL) technology being installed at The Geysers, just north of GreenFire Energy’s headquarters in the San Francisco Bay Area. “It’s the world’s largest geothermal location, in terms of production, and we have a project going on there to demonstrate this technology.”

Backed by the California Energy Commission (CEC) with $2.7 million in funding, the closed-loop geothermal system will “reach down into the resource to bring out only heat, not water mass,” explains Scherer.

The company takes a ‘horses for courses’ approach, determining which solution will work best for which site. GreenLoop can be applied across a range of critical challenges for the geothermal industry, including underperforming wells, degraded geothermal fields, and projects deemed not economic, or inaccessible, using conventional geothermal technology.

“We are looking at all sorts of resources,” says Scherer. “Some people think of geothermal as only applying to excellent geothermal resources, and then if you don’t have a great conventional geothermal, it’s just hot, dry rock. That’s not true – there’s a whole middle range of permeability between those extremes.” That’s where GreenLoop comes in.

A faster, stronger, and more economic route to geothermal energy

“This isn’t just about making power; it’s about doing so economically,” adds Scherer. “Baker Hughes has already supported us on a number of projects because they’re in a unique position to help us look at scenarios, including configurations of wells, completions of wells, and the economic modeling in particular resources. That’s super-valuable to us.”

Taylor Mattie, Geothermal Innovations Leader at Baker Hughes, is working closely with the GreenFire team and says it’s exciting to deploy the breadth of the company’s capabilities. “We have the front end:  feasibility analysis and software for modeling,” says Mattie. “Then, of course, we have the execution side of things: all the technology needed for drilling a new geothermal well to support the closed-loop technology is in our portfolio, as well as completions solutions for retrofitting pre-existing wells. Finally, our Turbomachinery and Process Solutions (TPS) division can provide power-generating turbines, and we’re working on GreenFire with that, too.”

Scherer says while customers often choose to begin projects with retrofits of existing geothermal wells, they have their sights set on field expansions and greenfield sites. “Retrofits are good ways to prove out exactly what we're doing for that particular resource, but the customer’s goal is to go into much larger projects – new wells that we can design, with the help of Baker Hughes, to be optimally performing and optimally economic.”

There is also a big focus on de-risking projects. “We bring two main value propositions to our customers,” says Hollis Chin, the company’s VP of marketing. “Geothermal projects have traditionally been slow and risky and very expensive. If we can address those things, the geothermal sector can grow and expand, which is what we’re doing through extensive economic modeling as well as technical modeling and optimizing the design. It greatly accelerates the time-to-revenue for our customers. We believe this combination of the closed-loop technology with the economic model is a perfect pairing for growing geothermal.”

A field of geothermal dreams

As well as helping GreenFire Energy further develop the technology, Baker Hughes wants to leverage its global footprint to bring it to the world. “We want to scale it up rapidly and deploy this technology not just for geothermal assets, but also retrofitting hot oil and gas assets that have the potential to become geothermal assets,” says Mattie.

“We see that as a huge market – so many oil and gas wells are not as productive as they used to be, and with broader decarbonization initiatives, they are becoming plug-and-abandon liabilities – and there will be millions out there,” says Scherer. “We’re also focused on the ability to retrofit oil and gas wells to be good geothermal wells, and that's another area where the relationship with Baker Hughes is particularly compelling.”

In April, 150 leading companies – including Baker Hughes – co-signed a letter calling for the European Commission to develop a geothermal strategy by next year. The letter calls for an urgent, unified strategy to “unlock geothermal energy’s potential as a major renewable energy source across the internal market and neighboring countries.”

This is where geothermal energy becomes important for not just power generation but also heat utilization. “The ability for geothermal to provide heat on a massive scale is a key enabler for carbon-emission reduction through Europe,” says Mattie. “GreenFire’s technology will very likely be a disruptive solution to generate heat on smaller scales, which are more affordable for development.”

Scherer says that using geothermal directly for heat is, on average, 10 times more efficient than when it’s converted for electricity. But he agrees one challenge is that the resource needs to be close to the end-user. “But a closed-loop system means you don’t have to have an excellent geothermal resource right below your usage area. If you’re willing to drill deep enough, and the price on the surface for the energy is high enough, then geothermal anywhere makes total sense.”

It’s a significant point. “About 25% of Europe could be heated using these smaller-scale geothermal resources,” says Mattie. “It doesn’t have to be an enormous resource like those we see in California. For instance, the Netherlands has an ambitious goal for bringing geothermal heat online for heating greenhouses. The temperatures of that resource are somewhere around 100 degrees Celsius, so it’s not superhot, but it’s accessible in very large quantities. That’s highly attractive for diversifying the need for imported and expensive natural gas.”

The core of the Earth is a hotbed – literally – of geothermal resources. As Scherer says: “The Earth is always on.” 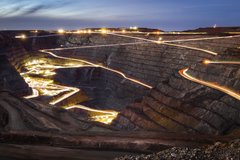 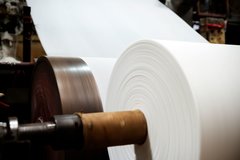