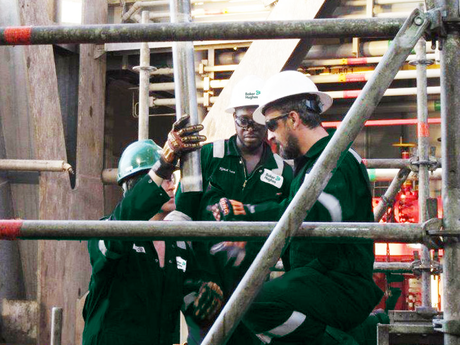 Reliably deploy and retrieve perforating guns into your producing wells with the Snapshot™ live well deployment system from Baker Hughes. This special perforating gun system places guns at your interval of interest, without having to kill the well. You’re assured more efficient perforating operations, with no potentially damaging kill-weight fluids being placed across the reservoir.

Save costs with rig-free deployment

The Snapshot live well deployment system is deployed with a coiled-tubing (CT) unit. This deployment method gives you total gun conveyance and well control during underbalanced perforating of long intervals, without the cost and time of a drilling or workover rig.

And by enabling virtually any length of perforating gun assembly to be safely deployed and reverse-deployed, the system lowers your costs by reducing the number of perforating runs. With no kill-weight fluids required, the system minimizes your risks of fluid loss-related formation damage while enhancing your well’s production potential.

Guns are easily connected downhole with the Snapshot connector, which uses stabbing and pulling motions to make and break connections. The connector’s positive snap-latch design requires only set-down weight to snap the latch sub of the upper gun into the receptacle of the lower gun. The gun sections are then uncoupled with a dedicated ram in the deployment blowout preventer (BOP). When closed, the ram compresses keys in the latch sub to release the connection.

The system includes a field-proven bulkhead ballistic wet-connect transfer system to transfer the detonation from one gun section to the next. Upon detonation of the upper gun, the donor-shaped charge in the latch sub perforates the bulkhead of the transfer sub in the receptacle, which reliably detonates the lower perforating guns.

Contact us today to learn how the Snapshot live-well deployment system can improve the perforating efficiency in your long laterals.