io consulting
Richard Dyson, CEO and Mary Snowdon, Principal Consultant
About the interviewees
Richard Dyson is CEO of io consulting and spent 20 years at Genesis Oil & Gas. He holds a degree in Chemical Engineering. Mary Snowdon is Principal Consultant. A chartered chemical engineer, she has 10 years of experience on design projects on and offshore, for LNG and FLNG.

We interviewed Richard Dyson, CEO of io consulting, a Baker Hughes-McDermott joint venture, and io Principal Consultant Mary Snowdon, about the key things an operator should consider before joining the hydrogen revolution. Here is their shortlist of top tips.

1. Not all hydrogen is created equal: what colour is your hydrogen?

There are four colours characterizing ‘human-made’ hydrogen, based on the manufacturing process.

Brown hydrogen has been created from coal by using water and heat, coal can undergo gasification for hundreds of years. In this process, the chemicals react to produce town gas, now more commonly known as syngas, this contains a mixture of gases which are chemically distilled to make hydrogen.

Grey or Black hydrogen has been sourced from fossil fuels, with most of it produced using steam-methane reformation (SMR) of natural gas. This is the least expensive produced hydrogen, with emissions almost always released without carbon capture in place.

Green hydrogen is typically produced via electrolysis, powered by renewable energy. This approach is both the highest-cost method of production, lowest emissions, and the one with the largest potential for cost reductions.

To find out what colour is your hydrogen, click here. 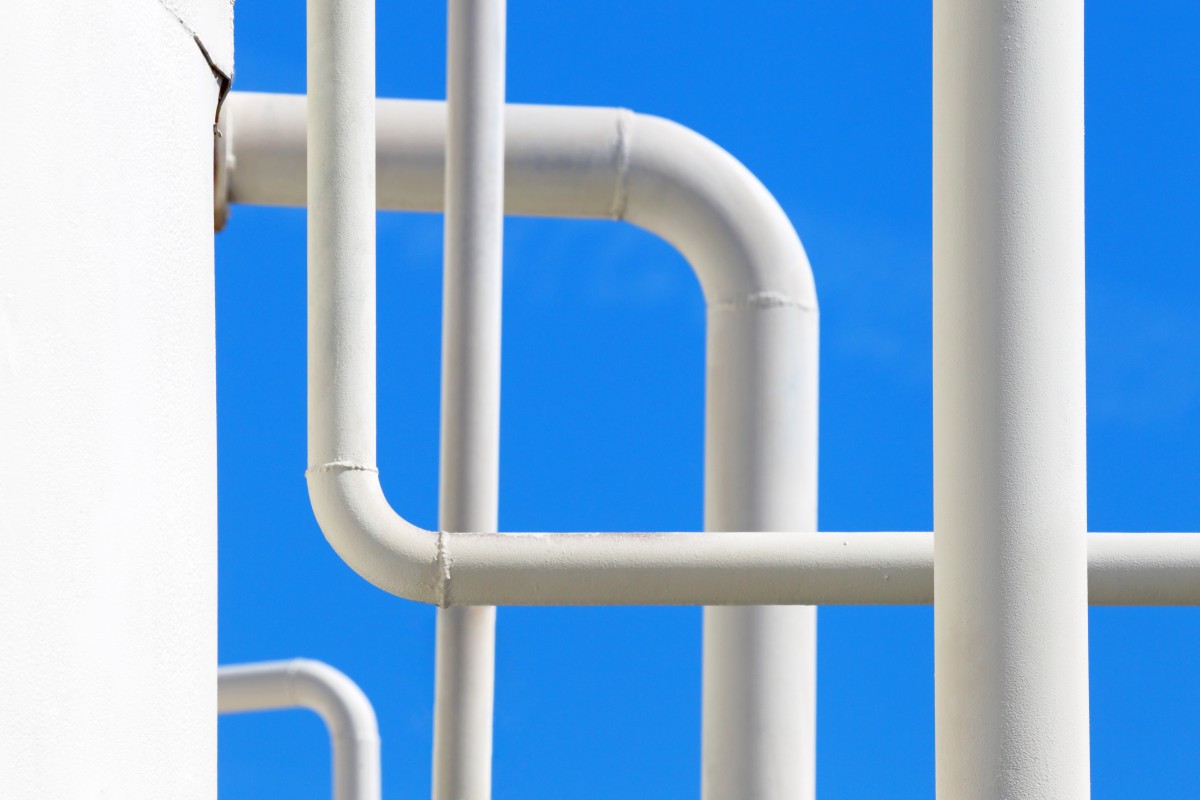 Hydrogen is a hot topic in energy today, but it can be quite complicated to produce, use and store.

‘’Hydrogen came out as an energy carrier about 10 years ago, but the world was not ready for it then. The more recent recognition in wider society and in governments that climate change is absolutely real, and that the energy transition must accelerate is now the bigger existential crisis we are being faced with as humans, notwithstanding the pandemic. ‘’ says Richard Dyson, CEO of io consulting.

‘’We now also know that the way to achieve net-zero is not with the electrification of everything or capturing emissions from everything: we have to decarbonize use where it makes sense, and hydrogen is clearly the front runner in that space,’’ he adds.

''We have to decarbonize use where it makes sense, and hydrogen is clearly the front runner in that space''

One of the great advantages and most attractive element of converting to hydrogen to decarbonize the gas grid is the reuse of existing infrastructure. Rather than building a whole new hydrogen infrastructure, the goal of current projects is to understand the technical and commercial limits to make a conversion work.

Hydrogen-induced cracking (HIC) in steel flow lines, for example can be an issue. Gas networks have a lot of experience in dealing with up to 20%, sometimes up to 60% of hydrogen from the old method of gasifying the oil transported with hydrogen. In the UK, the whole network is being replaced with plastic pipe, and plastic also has issues with transporting hydrogen. Therefore, the industry has to carry out genuine technical feasibility issues related to that conversion.

‘’For example, the UK government launched two initiatives assessing the suitability of converting the gas grid to hydrogen: H21 is analyzing whether the existing network could go up to 100% and H100 is analyzing the requirements for a new build system. ‘’ explains Mary Snowdon.

The process of using hydrogen for an energy producing facility today poses challenges related to where it is located in the world.

The first challenge is that to ‘green’ the hydrogen process, having a renewable source of energy nearby the conversion or production facility is essential: therefore, projects need to be very location specific. For example, the io team just started working on a customer project in Trinidad and Tobago, where around 25% of the hydrogen on the project comes from renewable sources, the rest is from a carbon neutral process.

The second challenge can be more complex to solve: the electrolysis processes used to produce hydrogen can differ in efficiency and how well it supports the variable nature of renewable energy. Trade-offs need to be weighed.

Third, this process is very water intensive. The water used in the process needs to be demineralized, and therefore needs to incorporate both a water source and a water treatment process.

Based on these key challenges, the location assessment is the first step to a hydrogen feasibility study: an operator needs to consider all these elements before making the decision to go ahead, with the knowledge it may not always be feasible. This is where a systems-engineering approach is essential, to understand all interdependencies across the process.

‘‘Countries such as Japan have aggressive emission reduction targets, however their location is not well suited to the large renewable energy demands for green hydrogen. Therefore, hydrogen export markets similar to that used in LNG need to be established.’’ Snowdon says.

''Our team can help determine which type of hydrogen production is feasible for a region and project.''

The IEA estimated that to produce all the hydrogen output used today from green energy would result in an electricity demand of 3,600 TWh, more than the total annual electricity generation of the European Union. ‘’We will have to use both green and blue hydrogen. And we also need to consider which projects and locations would allow blue hydrogen to be used and which require green, since blue hydrogen requires a means of storing the captured carbon. Our team at io consulting can help clients determine which type of hydrogen production is feasible for a region and project. ‘’ Mary Snowdon adds.

5. Focus on hard to abate industries and transport.

Hydrogen is not the panacea to the energy transition: it is part of the solution. When integrated with renewable energy into current systems, hydrogen has a significant role to play, if decarbonized.

Hydrogen can also be used to decarbonize energy and power. Blending ever higher quantities of hydrogen is possible with turbomachinery technology that exists today, and companies like Baker Hughes are pushing the boundaries to achieve what is currently the safest and cleanest option. Read more about it here.

6. Oil and gas skillsets are transferrable.

The skills consideration in the hydrogen conversion scenario is the real opportunity for the oil and gas industry. ‘’We are a process industry and hydrogen production and management are a natural fit. Both Baker Hughes with process technology and McDermott with EPC domain expertise (parent companies of io consulting) have been involved in hydrogen projects for many years. It is not new, particularly in refining,’’ mentions Dyson.

A lot of the short to medium term uses of hydrogen will be around industrial applications, because these sectors have the skills which are directly transferrable: oil and gas professionals are used to safety standards and understand complex technical difficulties from hydrocarbon processing. The use of hydrogen to reduce CO2 emissions in the hard to abate, heavy industries makes sense as the technical skills are already there.

Experienced chemical engineers already have the skills and tools needed, what they learned at university and on the job to design the entire hydrogen production facility. ‘’This is where the Baker Hughes compression domain expertise makes sense,’’ Mary Snowdon emphasizes, ‘’almost every process in the hydrogen production facility is a process which has been utilized extensively in the oil and gas industry whether that be water treatment, gas dehydration and compression, oxygen treatment and liquefaction, piping design… etc. the only new aspect for an engineer with a background in oil and gas is the electrolysis process. ‘’ With the right people collaborating and technical fidelity involved, very complex projects will be managed successfully.

7. The role of digital

The danger of transferring skills from the oil and gas industry is to bring all of the good, yet also all of the bad practices and habits.

‘’It shouldn’t be business as usual: we need a different way of executing projects which goes back to the digitalization of the industry,’’ insists Dyson.

‘’We must transform the way in which we design, plan and deliver projects''

Defining the role of the data scientist in delivering energy transition projects and how the industry realizes the ‘digital dollar’ are paramount. ‘’We must transform the way in which we design, plan and deliver projects, in a space where market potential is worth billions of dollars’’ he adds.

More on the future of digital and talent in the industry here.

8. Break down barriers to adoption.

Barriers to adoption of hydrogen in the energy system can be multiple.

First, in an industrial complex already manufacturing hydrogen, the operator’s main concerns will be around increasing the use of renewable sources to convert from grey to green hydrogen, and location can be the real roadblock here.

Secondly, some of the barriers exist to convert to gas grids. There are real challenges presented by the current regulatory regime in each country. In the UK for example, gas networks legislate the maximum amount of hydrogen one can blend in natural gas at 1.4%. Nations are now faced with the daunting process of changing legislation. Groups like the Hydrogen Council are educating lawmakers and pushing for changes in regulations to overcome today’s barriers to hydrogen adoption.

Finally, public perception is also an issue with hydrogen adoption. Despite general opinion, hydrogen is not less safe than hydrocarbons. It’s different in its behavior, but no more a danger to the public than petrol in cars, or natural gas in a pipeline. ‘’We have to be aware that the hydrogen solution is not all green. It will be a mixture of Blue and Green hydrogen to meet requirements,’’ warns Dyson. 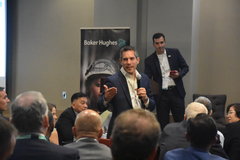 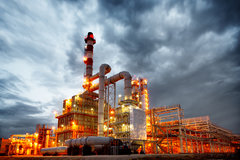 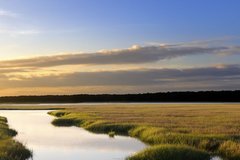