This page is not translated in 한국어 so you are seeing the fallback language instead.
Image
Image

Built on Science … For Science 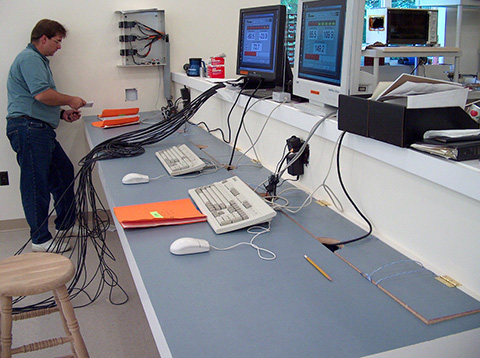 When you walk around the Reuter-Stokes campus, you might wonder why an industrial manufacturer has a building that looks like a Western Reserve farmhouse on its headquarters campus.

If you open this building’s door, you’ll quickly discover the Twinsburg, Ohio-based manufacturer’s magnetic calibration laboratory. For almost 20 years, this highly engineered mag lab has maintained a flat magnetic field – a must for calibrating the survey instrumentation (accelerometers and magnetometers) used by service companies for oilfield drilling.

Designed to look like an old building that used to be on site back in 2003, the lab echoes the region’s architecture. The engineers at Reuter-Stokes, a Baker-Hughes business, left nothing to chance when they designed this testing facility. Every step, every component had to keep magnetism – or the lack of it -- in mind. It was one of the most unique construction projects the company has done.

“You can’t have a large magnetic gradient when you’re calibrating instruments,” explains Mike Spalding, an application engineer at Reuter-Stokes.

Spalding and Scot Shermer, a senior electrical engineer at Reuter-Stokes, worked closely with the lab’s construction team throughout the entire process. They needed to make sure everything about the building contributed to the required flat magnetic field.

“We didn’t just build a building,” Shermer says. “We had to analyze every component that went into it. And we had to continuously measure the fields. We needed to be sure everything was OK.”

Flashback to late 2002/early 2003 when the mag lab was still on the drawing boards. The company’s then parent company, General Electric, had just acquired Tensor, the drilling instrumentation manufacturer and would be moving its magnetic testing operations to Twinsburg.

Spalding, who worked with Tensor, moved from Texas to join Reuter-Stokes and help spearhead lab construction alongside Shermer.

“We started out visiting other companies that had mag labs for survey instrumentation to learn how they approached construction,” Spalding said. “We learned you had to be careful not just with the materials, but also the ground we were building it on.”

They also learned they needed to use science to build the lab where they did science.

“This wasn’t going to be your typical construction project,” Shermer said. 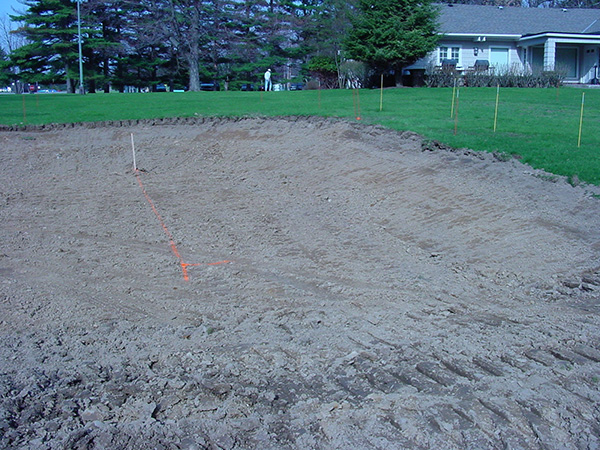 Reuter-Stokes is on former farmland in Northeast Ohio’s snow belt, but the winter weather didn’t stop site planning for the new lab. Shermer trudged through January and February snow up to his waist to do magnetic surveys of the construction site before excavation started. The site needed to be free of any magnetic materials like iron – and they needed to be sure there weren’t any buried deep beneath the building.

To find out, he set up driveway markers in a grid pattern, marking survey points every 3 feet. This area was larger than the actual building site, but they wanted room to work with to find the best location in this grid.

Using a magnetometer, he moved throughout the grid and marked areas where the tool registered magnetic material. Before he was done, they found not just old nails, screws and tin cans. They also found bailing wire, some pipe and an old tractor wheel. Had they not surveyed the site, all of this could have affected the lab’s magnetic field.

While it wouldn’t occur to most people that every building product that goes into a mag lab needs to complement a flat field, Shermer and Spalding were well aware of this. And they were on a testing mission.

“We surveyed the gravel and the sand that they used during the foundational stages,” Shermer said. "We used a washed limestone gravel that’s low in iron for the base.”

That was just the start to their goal of using as many non-magnetic materials as possible for one goal: a magnetically flat building. They surveyed everything that could be going into the building for magnetic signatures. If it was magnetic at all, they had to reject it. 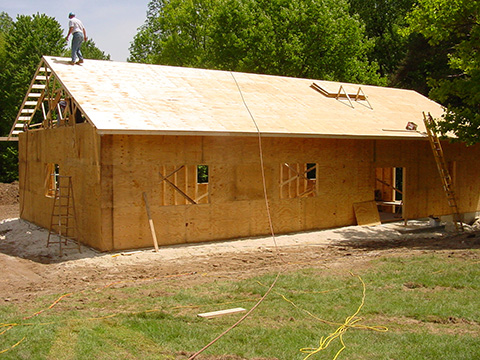 The building? Wood framed. Or what about concrete? Traditional concrete construction uses sand that can have a magnetic quality. It also uses iron rebar for reinforcement – also magnetic. Concrete was a necessary part of construction. So, what could they do to keep it from compromising a flat field?

The team surveyed different sand samples and selected the best one for the concrete. Instead of rebar, the construction team mixed in a fiberglass reinforcement product that looks like horsehair. They mixed it into the concrete with the chosen sand – and it did the trick. Concrete with the necessary tensile strength but without the magnetism.

Spalding and Shermer also discovered that gypsum wall panels, or drywall, was magnetic. Or it was, to a point. The pair surveyed a four-foot pile of it on the floor inside the newly constructed, weather-tight building with a roof (also surveyed). It was “hot” and out of spec.

“First thing we thought was, ‘Oh no. What do we do,” Shermer said. “We had a big moment of uncertainty. Then we talked about how one big pile made a big gradient and decided to see if it would diffuse if we spread it around.” Construction crews went ahead and installed drywall on walls and the ceilings. And it worked. Distributing the drywall across the interior of the building diffused its magnetic field.

In most buildings, the HVAC system is somewhere inside or adjacent to the buildings. That isn’t the case with the Reuter-Stokes mag lab. The company needed to be sure the heating and cooling equipment wouldn’t affect calibrations. So, they built it on a pad about 100 feet away. Ducts run from inside the building through an underground trench to the pad. Again, nothing in the trenches and the building itself had any magnetic components.

While concrete, drywall and mechanicals were big components to tackle, even small things – like lighting -- came under scrutiny. Keeping a low magnetic gradient meant choosing to use industrial-rated incandescent lights rather than fluorescent (their ballasts generate a magnetic field) and the brass (instead of aluminum) screws that attached the fixtures to the ceiling.

Today, Reuter-Stokes can say the mag lab consistently maintains a flat magnetic field. In part, it’s because the company’s manufacturing engineers survey it every six months or so to make sure nothing has changed as they modify things. Over the years, they’ve added new doors and restroom, updated the plumbing and did other maintenance projects.

“We do before and after graphs to make sure that the areas where we calibrate the directional equipment stays relatively flat,” Spalding says.

But constant surveying isn’t the only reason the field remains constant. It comes down to careful building materials testing and specifications – and conscious construction. But it all comes together for one thing – the building performs as well today as it did when Reuter-Stokes built it in 2003.

“As we move into the future, this lab will still be more than suitable for performing calibration,” Shermer says. “We built it to last – with the future in mind. And it will still be operational in another 20 years.”