This page is not translated in 한국어 so you are seeing the fallback language instead. 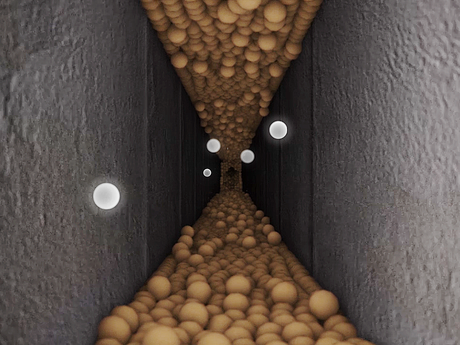 Enhance your production through a stable, reliable pillar fracture network

Pillar fracturing has become a common way to try to increase production because, when it works, it can create high-conductivity pathways rather than forcing hydrocarbons to flow through a dense, low-conductivity proppant pack. But the pillars are often too far apart to adequately support the fracture, and can collapse, creating pinch points and blockages that can slow or halt production.

Our EC Prime™ enhanced conductivity fracturing service maintains your flowpath over the long term, enabling higher production rates and higher ultimate recovery than conventional pillar fracturing services. By engineering the pillar locations to match the properties of your formation, and by placing a smaller amount of LiteProp™ Prime 108 ultra-lightweight proppant between the pillars, the risk of fracture closure—and of diminished production—is greatly reduced.

Your request has been submitted.
Thank you for your interest. A specialist will be in touch with you shortly.
에너지 혁신 사례