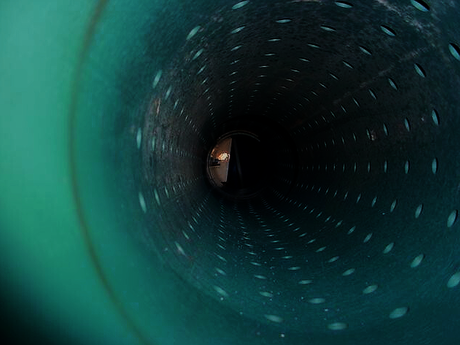 Allow production through the tubular during vent screen applications

Get maximum versatility and deployment flexibility

Combine the Vent Screen Plus system with a variety of pack-off solutions as you require. An upper IN-Tallic™ disintegrating frac ball is used to prevent gravel from entering the screen sections during squeeze operations, thus limiting the number of runs required. The system also allows an IN-Tallic ball seat to be used, which will maximize the potential flow area of the system.

Choose from various deployment options—including coiled tubing, slickline, or electric wireline—for complete versatility and the most cost-effective operation for your application.

The Vent Screen Plus system can also be combined with our SnapScreen™ and Snap-Latch™ systems, which allow for system deployment into a live well environment without being limited by riser length.

The system can also be deployed with the Hydro-Trip™ sub, which acts as a sand height control valve. The sub will shear at a pre-determined differential from above to below to provide a positive indication of sand out. And by using an IN-Tallic disintegrating ball as the tripping ball, you’ll get additional assurance of retaining full tubing ID.

Contact us to learn how the Vent Screen Plus system can help optimize production during your remedial completions jobs.