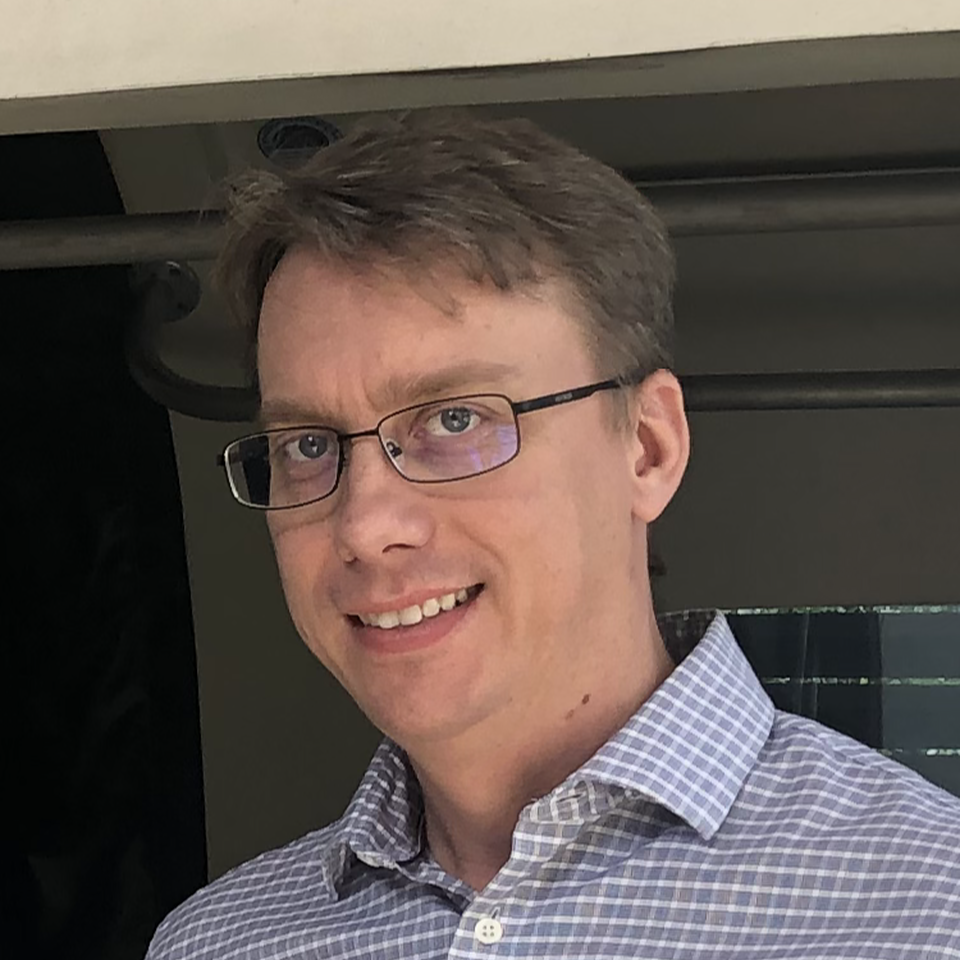 Created in August 2002 by the integration of six companies from Odebrecht Group and the Mariani Group, Braskem is currently the largest producer of thermoplastic resins in the Americas and the largest producer of polypropylene in the United States. Its production focuses on polyethylene (PE), polypropylene (PP) and polyvinylchloride (PVC) resins, in addition to basic chemical inputs such as ethylene, propylene, butadiene, benzene, toluene, chlorine, soda, and solvents, among others. Together, they make up one of the most comprehensive portfolios in the industry by including the green polyethylene produced from sugarcane, a 100% renewable resource.

Braskem Subject Matter Expert:  Vicente Frantz Ferreira holds the title of Instrumentation and Reliability Engineer at the Braskem-Q2 site.  Vicente has 16 years of experience and supports Braskem goals to use technology and innovation to achieve sustainable development.  Vicente uses Bently Nevada's System 1 for condition monitoring and has installed Bently Nevada's Decision Support on the System 1 server to generate new insights into changing conditions and detect failure modes via analytics.   This article highlights how Braskem has utilized Decision Support to reduce risk and improve safety.  For a review on Decision Support Developer, please review the Decision Support Orbit article released during Q3 of 2020.

Storage tanks are commonly found in many industrial facilities.   Depending on the content of the storage tank, regulations may be in place for health, safety, and compliance benefits. For those reasons, condition monitoring of storage tanks is important.  As an example, Braskem is interested in condition monitoring of various tanks to detect vapor leaks.  Many of Braskem's tanks have sensors which detect tank level, tank pressure, and environment temperature. By integrating these values into System 1, Braskem staff were able to use their knowledge to create custom analytics with Decision Support Developer to identify tank leakage.

As shown in figure 1, a Decision Support rule was created by Braskem staff using the mentioned sensors to monitor the behavior of internal tank pressure.  The analytic is designed to alarm when a vapor leak is present.  Soon after the analytic was deployed, System 1 indicated an alarm associated to a vapor leak (see figure 2).  Once detected, Braskem staff verified the leak with third party imagery technology (see figure 3).  The finding provided Braskem with early insight to the vapor leak.  Braskem staff then corrected the leak by changing the tank hatchway and foam chamber seals. The same rule was then deployed on other tanks for improved condition monitoring and corporate learning. 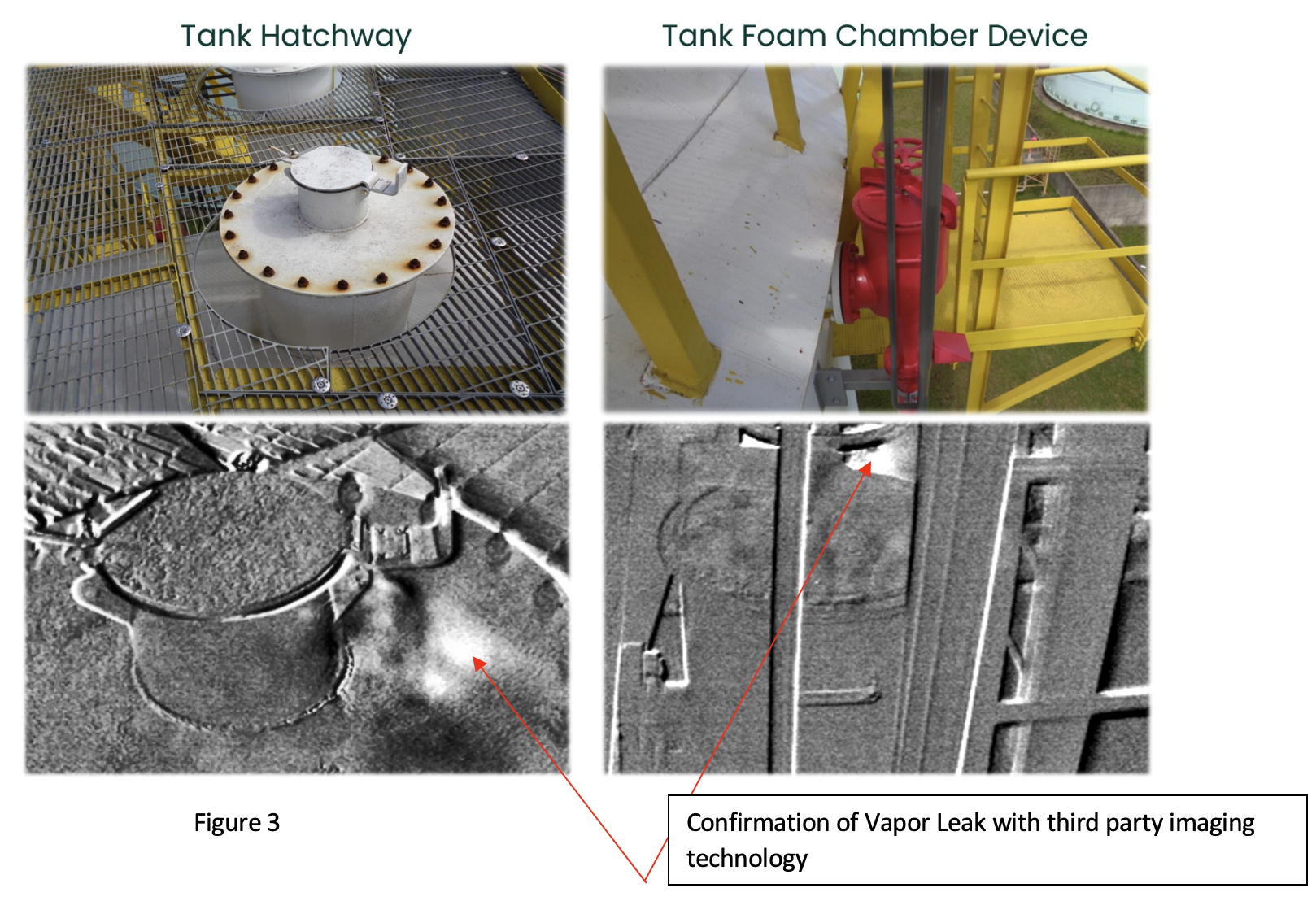 Result & benefit to Braskem:   Improvement to Plant Safety by identifying vapor release and reduction of Nitrogen consuption associated to the blanketing system. Braskem was able to replicate the analytic and apply the solution to other equipment.

Background:  Brazed Aluminum Heat Exchangers are widely used in the Aerospace, Chemical, and Oil & Gas industry.  More than 500 gas processing facilities operate across USA, and cryogenic separation using BAHXs is common.  For Braskem, the greatest concern for failure of a BAHX is related to thermal fatigue. As the exchanger is heated or cooled, BAHX parts expand or contract.  If the parts change temperatures at sufficiently different rates, the expansion and contraction can be disproportionate. This increases stress on the connections within the BAHX as the aluminum parts push against and pull apart from each other. Over time, this process "fatigues" the metal, weakening it and ultimately causing cracks which may lead to major LOC (loss of containment).

Within Braskems' Olefins 1 area of the Q2 facility, Braskem staff targeted the BAHX for risk mitigation to improve plant safety.

By applying System 1 to the BAHX, Braskem has improved their condition monitoring for BAHX's leading to the following benefits:​

Instrumentation and Reliability Engineer at the Braskem-Q2 site

Vicente Frantz Ferreira holds the title of Instrumentation and Reliability Engineer at the Braskem-Q2 site. Vicente has 16 years of experience and supports Braskem goals to use technology and innovation to achieve sustainable development.

As a Software Product Manager, Jeff listens to customer needs and establishes the direction for System 1 Analytics.  While working for Bently Nevada, Jeff has accumulated 30 years of experience in condition-based maintenance and asset management.

System 1 Decision Support
System 1† use case: thermodynamic performance monitoring
Copyright 2022 Baker Hughes Company. All rights reserved. Baker Hughes provides this information on an “as is” basis for general information purposes. Baker Hughes does not make any representation as to the accuracy or completeness of the information and makes no warranties of any kind, specific, implied or oral, to the fullest extent permissible by law, including those of merchantability and fitness for a particular purpose or use. Baker Hughes hereby disclaims any and all liability for any direct, indirect, consequential or special damages, claims for lost profits, or third party claims arising from the use of the information, whether a claim is asserted in contract, tort, or otherwise. Baker Hughes reserves the right to make changes in specifications and features shown herein, or discontinue the product described at any time without notice or obligation. Contact your Baker Hughes representative for the most current information. The Baker Hughes logo, the Bently Nevada logo, and System 1 are trademarks of Baker Hughes Company.