Geoscientist taps the geothermal potential of her own backyard

Geoscientist taps the geothermal potential of her own backyard

“Years ago, before I built my house, I thought geothermal energy was something only big companies in certain hotspot areas like the southern part of Germany could really use,” says Elisabeth Tauber, a geoscientist working in Research and Development for Baker Hughes in Celle, near Hanover. She now lives in a super energy-efficient house in Northern Germany that uses a heat-exchange pump system to bring geothermal heat — in this case, the constant temperature of the earth below the frost line — from just 70 meters (0.04 mile) underneath her new garden to the surface, creating a warm interior for her family’s home.

Ever since she collected volcanic rocks on a visit to hot spot Mt. Vesuvius as an eight-year-old, Elisabeth has been fascinated by the riches contained in the earth’s crust. When asked by her parents to choose “just 50 of the most beautiful stones” to take home, she even now describes the process as “terrible.” When as a 13-year-old on another holiday in Israel, she found shells in the Negev desert, Elisabeth was convinced she needed to know more about the information held in geology.

She initially studied applied geosciences and then achieved her master’s in geophysics and petroleum geology at Montan University in Leoben, Austria’s center for mining, metallurgy and materials research.

In her first job as a well-logging scientist, Elisabeth analyzed the geophysical characteristics of downhole data used to inform drilling decisions. But she says her current role with Baker Hughes, developing, testing and constantly adding to the capabilities of reservoir navigation software, is endlessly fascinating because “it’s where all the skills come together — software engineers, mechanical engineers, geophysicists — we all contribute ideas on how the software could be even better for the customer.”

Elisabeth is happiest managing a confluence of ideas, contributing to diversity of thought and culture, and living in a home powered by green energy.

In 2020, she and her husband Gero, and young children Frederick and Josephine, moved from an apartment in Hanover to a new development on the site of a former asparagus farm on the outskirts of Celle.

“Everything we do can make a difference…”

Elisabeth has always been motivated to live sustainably in the interests of preserving the environment for future generations. She and Gero, who works at the opposite end of the energy supply chain as an energy trader, opted to build a fully sustainable timber home with prefabricated, super-insulated walls and roofing in a region otherwise characterized by brick buildings. Planning their house from scratch made it easy to include a renewable energy package from the get-go, which included a 4.65kilowatt rooftop solar array, a battery energy storage system, and geothermal heating.

Although the house was more expensive to build, says Elisabeth, it will be cheaper to run than homes heated by gas or fully supplied by electricity from the grid. The family also received a subsidy from the German government for building an energy-efficient house substantially powered by renewables, which helped to reduce their initial costs. “We are lucky in Germany that the government wants to reach its CO2 targets, so they provide incentives,” she says. As a result, the Taubers will be “insulated” against the introduction of taxes on CO2 emissions in Germany. “We don’t even have a gas line to the house,” says Elisabeth. After the first year in their new house, the Tauber family have concluded that they saved 2.9 tons of CO2 with the solar panel installation. This is the equivalent of charging 352,764 mobile phones. (using EPA equivalencies calculator https://www.epa.gov/energy/greenhouse-gas-equivalencies-calculator)

The geoscientist has been astonished at how comfortable temperatures are inside their insulated timber home compared to their brick apartment building in Hanover, which had wall-mounted heaters beneath the windowsills: “In our apartment, even with the heating on, you could touch the walls and they were a bit cold; inside our house is a different climate. The walls are warm, the insulation is perfect, and there is always fresh air circulating.” There is a separate air-cycling system with heat recovery that further increases the efficiency of the house.

The Tauber’s home is 30-40 percent energy self-sufficient, and on days when the solar panels generate more than the family can use or store in the battery, they export their excess energy to the grid at 8.9 Eurocents per kilowatt hour. The remainder of their energy needs are still purchased from the grid, but carefully sourced by Gero from renewable providers.

Six-year-old Frederick already has a strong sense of what it means to live sustainably and is particularly focused on saving water. The home fits in with his personal campaign by using underground supplies from a bore drilled on the property to water the family’s burgeoning garden, which preserves drinking water.

Plumbing the hot rocks and fissures

From a personal perspective, Elisabeth is glad to have discovered the wider application of the earth’s energy for heating individual residences in areas not known for their geothermal activity, and thinks it is generally underused as an energy source.

The need to deploy more renewable energy resources to combat climate change and keep up with worldwide energy demand has led to growth in global geothermal power generation from 10 gigawatts (GW) in 2010 to 15GW in 2020, and even more significant growth in smaller geothermal systems, like the one used by Elisabeth. As experts in drilling for and transporting energy, the oil and gas industry is bringing its skills to bear on de-risking new large-scale geothermal projects and increasing their economic viability.

Without such collaborations, the very high costs of geothermal development that harness steam or hot water found several kilometres or further below the earth’s crust for industrial heating or power generation, can be prohibitive.

Elisabeth feels the roadmap to a net-zero economy is still being defined, but that less expensive geothermal projects, such as her backyard, tap into the earth’s heated surface, are a great, immediate addition to the energy mix. 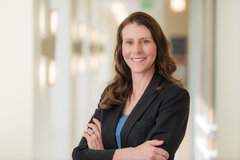 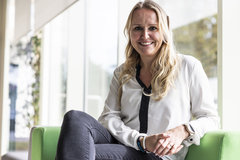 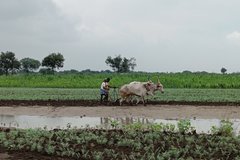 Putting corporate responsibility into climate action in the villages of India