To maintain highly specialized turbomachinery equipment, a local team is reimagining apprenticeships as a path to excellence.

It takes a team of professionals to guide an apprentice to Field Service Engineer (FSE) standard at Baker Hughes, but Andrew Woods was extraordinary from the outset.

Woods grew up in Quairading, a small town in the wheatbelt of Western Australia, and began his career as part of the Apprentice Employment Network of Western Australia. By his third year of qualification in 2021, the employment network recognized Woods for excellence in his attitude and qualifications, awarding him the Aboriginal and Torres Strait Islander Apprentice of the Year. His managers and mentors in Baker Hughes’ Turbomachinery and Process Solutions (TPS) business unit, serving Australia’s natural gas producing halo (to coin a phrase), say that even though he has another year of formal studies ahead of him, Woods already demonstrates the personal and professional skills of a fully-fledged FSE.

As the first successful applicant to TPS’s apprenticeship program, inaugurated three-and-a-half years ago, “Andrew was an outstanding interviewee,” recalls Brett Handyside, Senior Resource Manager for the business unit in Australia. “He was passionate about the role, very proud of his heritage, and articulate about what he wanted to achieve in his life, both his work life and his personal life, which really struck a chord with us.”

For his part, Woods says that where he comes from, “not many people leave home and travel the world for work. They tend to stay local. Being a role model for the younger generation in our family and community, is a big part of why I like to take on challenging jobs.”

Family ties in Australia’s Indigenous community are very strong, so Woods admits he was “a little nervous” when he understood he’d often have to be away from home turf on work assignments for weeks at a time. However, he overcame his hesitancy with the lure of travel and the opportunity to work on specialized technology that few people outside the energy industry have even heard of, let alone observe close up and intimately understand.

Today, Woods mentions repeatedly the respect, camaraderie, and sharing of expertise that characterize the teams he’s worked with when maintaining aeroderivative LM2500s and the G4 DLE (dry low-emission) variant gas turbines. “The guys are all top-notch; everyone has the best interests of everybody else at heart,” he says. “It’s a really good environment to grow and learn.”

It’s a really good environment to grow and learn.

As part of his apprenticeship, which involves study at Technical and Further Education (TAFE) institutes in Australia as well as hands-on training at customer sites, Woods has also traveled to Florence in Italy, the center of excellence for Baker Hughes’ turbomachinery operations, to participate in a course, and was also seconded to Baker Hughes busy regional workshop, at Port Klang in Kuala Lumpur, Malaysia.

His Australian-based training has involved concentrated periods spent on Curtis Island off the north coast of Queensland — home to the liquefied natural gas (LNG) facilities fully or partially owned by ConocoPhillips, Shell, and Santos. Here, his work and personality have drawn praise from customers.

Santos’ Tim Maryon, Campaign Maintenance Supervisor of Downstream Operations at Gladstone LNG (GLNG) said, “Andrew has worked on our site on a number of occasions, alongside our technicians and a mix of Baker Hughes and trained personnel. He’s always shown great enthusiasm and diligence, assisting where possible and giving guidance when required.”

Rising to the challenge of elevated responsibility

On one engine shutdown during the continuing Covid-19 pandemic, when Australia’s state border closures prevented travel of FSEs between sites, he became the point person for works carried out, relaying instructions from offsite and advising on procedures.

“We weren't able to have all our FSEs on site, so we put Andrew in charge of the engine change as the day-shift lead with support from the rest of the team off-site,” says Gary Walton, Senior Service Manager for the east coast of Australia, Papua New Guinea, and China, and one of Woods’ mentors within Baker Hughes. “It was a great achievement, says Walton, who adds, “The customers that we deal with have all embraced both the apprenticeship scheme we’ve introduced, and having Andrew on site.”

Andrew has shown true professionalism while at the APLNG facility.

Christopher Coombe, Turbine Fleet Specialist in Downstream operations at Australia Pacific LNG (APLNG), who worked with and under Walton’s supervision many years ago, says, “Andrew has shown true professionalism while at the APLNG facility and has developed immensely over recent years.”

Taking pleasure and pride in achievement

Woods was considered most likely to become a tennis or Aussie Rules football player as a teenager. However, gifted at sport, Woods was also influenced by his grandfather, who had a talent for repairs, fixing cars, and almost anything else. The grandson realized that he too enjoyed understanding how things function and fit together, “working with my hands, following diagrams and schematics”.

Before applying for the Baker Hughes role, formally categorized as a mechanical fitter’s apprenticeship, he had already completed an electrical apprenticeship, and worked on Australian mine sites, maintaining massive haul trucks, graders, and excavators. “Although I came to Baker Hughes from a trades background,” he says, “I’d never had much exposure to what a turbine is.”

Now completing the final certification that will qualify him as a field service engineer in his own right, he says he’s been lucky enough to observe and participate in “hot section” (combustion chamber) overhauls, to work on engine changes and bore scoping, and to carry out maintenance on auxiliaries to the turbines, such as filters.

He finds it particularly rewarding to understand highly specialized aeroderivative turbine technology,” says Woods. “It gives me a sense of pride to see it up and running after I’ve contributed to the work.”

Also stimulating is that the company’s service teams often epitomize diversity: “At one of the major shutdowns in Queensland we had people from Italy, France, Nigeria, Wales (UK) and it was awesome to see all these different cultures come together and work towards the same goal.”

Add a sense of humor…

He says he’s always enjoyed talking to people, building mutually respectful relationships, and that his interest in sport frequently serves as a universal language on work sites. “I follow pretty much every sport,” he says, and being able to have a laugh about sport, life, and the universe is high on Woods’ list of essential workplace attributes.

This year he’ll deploy his meticulous approach to work, and his sense of humor on sites in Darwin, the capital of Australia’s Northern Territory, in Queensland and in Papua New Guinea, while completing his studies online and in-person as required in Western Australia, and also planning his wedding to fiancée Whitney Nelson, which will probably take place in 2023.

“What we’re demonstrating with our apprenticeships is you don’t necessarily need to be university educated. A lot of our team come to us via different paths,” says Handyside. He adds that Woods has applied himself to learn and lean into the support network provided to him, and that his responses to pressure, challenges, and complexities have accordingly seen him grow.

Field Operations Leader for TPS in the Asia Pacific region, Mike Roberts, another of the champions of Woods’ success, sums up the division’s first apprentice: “Andrew has brought a new dimension to our Field Operations Teams. His proactive and professional attitude to work, character, and aptitude to learn have earned him enormous respect within our outage teams and from our customers. Andrew has a bright future with the company.” 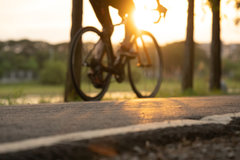 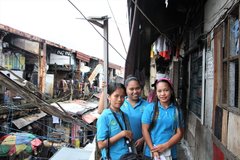