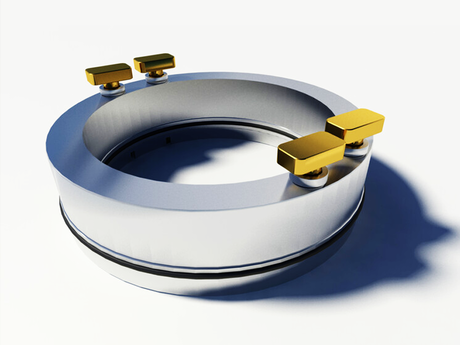 Hydraulically activate your packers without the risk of fluid loss

Optimize the operation of your inflow control devices with the MTV hydraulically activated device from Baker Hughes.

The MTV device is a multitasking valve that is an integral component of the Equalizer CF™ inflow control device (ICD). When in the closed position, the device temporarily blocks flow through the EQUALIZER CF module to allow running of the ICD without an inner string and to enable hydraulic activation of packers without fluid loss.

By isolating communication between the tubing and annulus, the MTV device acts like a solid pipe in your well. Fluid can circulate from the surface to the bottom of the well, enabling pump-through capabilities using only your production string.

In the closed position, the MTV device acts as a reservoir isolation barrier to minimize the risk of fluid loss while deploying upper completions. It can also be used to set hydraulic completion Mpas™ packers to isolate the target zone.

Once the completion is run and packers are set, the MTV is activated hydraulically to open the completion string to the formation. Once opened, flow area is unrestricted and the EQUALIZER CF functions normally to equalize production over the lateral.

And by combining the MTV device and Equalizer CF ICD with Excluder™ sand control screen technology, your get a multifunctional production optimization solution. The MTV device isolates the tubing and annulus flow paths, permitting creation of a hydrostatic head for reduced rig time and cost. And once placed on production, the combination of the sand control screen and ICD responds to dynamic well conditions to optimize recovery.

Contact us to learn how the MTV hydraulically activated device can provide assured isolation for your tubing and annulus flow paths.