In the early 2000s, at the beginning of Allyson Book’s career, she was employed as Senior Geoscientist at a major oil company. One of the draw cards of the job she says is that she “got to work with some of the world’s most luminary climate scientists — titans in the field of paleoclimate.” Paleoclimatology is the use of the natural-world archive before data was recorded — including concentrations of tiny fossils found in the sedimentary layers of core samples taken from the ocean — that indicates how the world’s climate has changed during different periods, and the thermal maturity of different regions, which is a key factor in oil discovery.

“The very thing we’re talking about today, with climate, is one of the core concepts around finding oil and gas,” observes Book, the now Vice President of Energy Transition at Baker Hughes.

Since she first applied her studies in geology to oil and gas exploration, Book has been coming at carbon from a variety of perspectives. Among them, she spent several years maintaining a policy portfolio consisting of geothermal energy, mining safety, CCUS, Oil and gas, and helium resource development for the US Senate Committee on Energy and Natural Resources; she has taught students to apply research and policy skills to global challenges as part of Georgetown University’s Science in the Public Interest program; and she most recently served as the Executive Director of the American Geosciences Institute.

In the interim, climate science has been applied to look at the world through a different lens, in that it now tracks the effects that carbon emissions are having on climate today and will have into the future — ”There’s  growing body of research on climate feedback loops,” says Book. And energy organizations must prepare to spend as much intelligence and dedicated research quantifying the greenhouse gases they emit throughout their operations, so that they can work on ways to reduce, capture and offset them, as they do measuring the concentrations of skeletons in sediment. A little acknowledged yet vital factor of this shift is that achieving carbon neutrality for the oil and gas industry could enable the world to continue to reap many of the benefits of oil and gas resources, and their sometimes life-saving byproducts, but in a low-carbon environment. 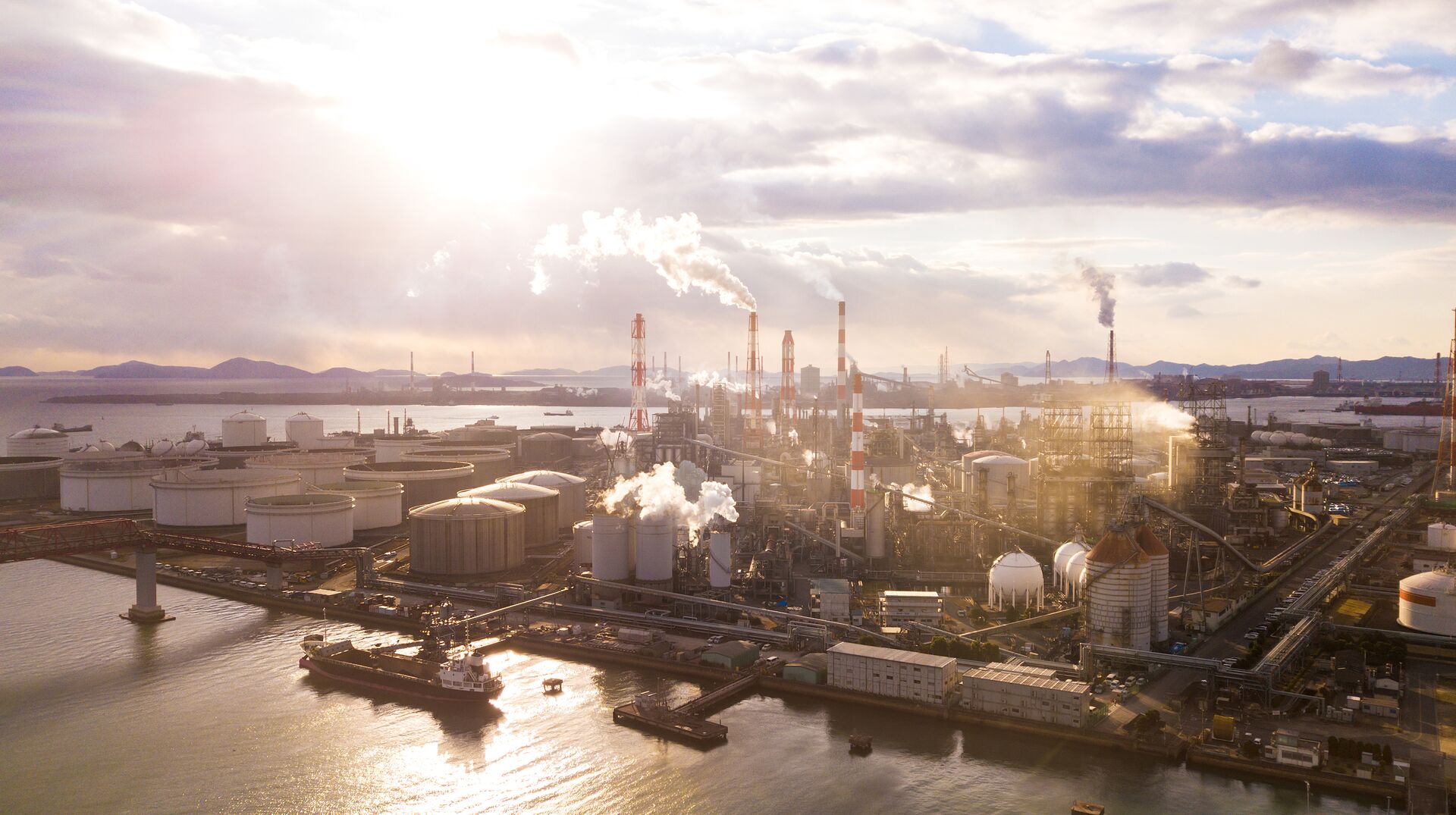 Although many organizations can see a path to tracing what are categorized as Scope 1 emissions (those emitted directly from owned or controlled sources) and Scope 2 emissions (indirect emissions from generation of purchased electricity, steam, heating and cooling consumed by the reporting organization), Scope 3 poses a serious challenge.

“Scope 3 is a big hairy beast with 15 categories of emissions to consider, ” says Book. Generated as the result of activities from assets not owned or controlled by the reporting organization, they range both upstream and downstream of any organization’s operations. Upstream, they include purchased goods and services, leased buildings and other assets, waste generated in the course of operations and business travel. Downstream, they encompass product transportation and distribution methods, use of the sold products, further processing of the products, end-of-life treatment of the sold products, activities of company franchisees and company investments. 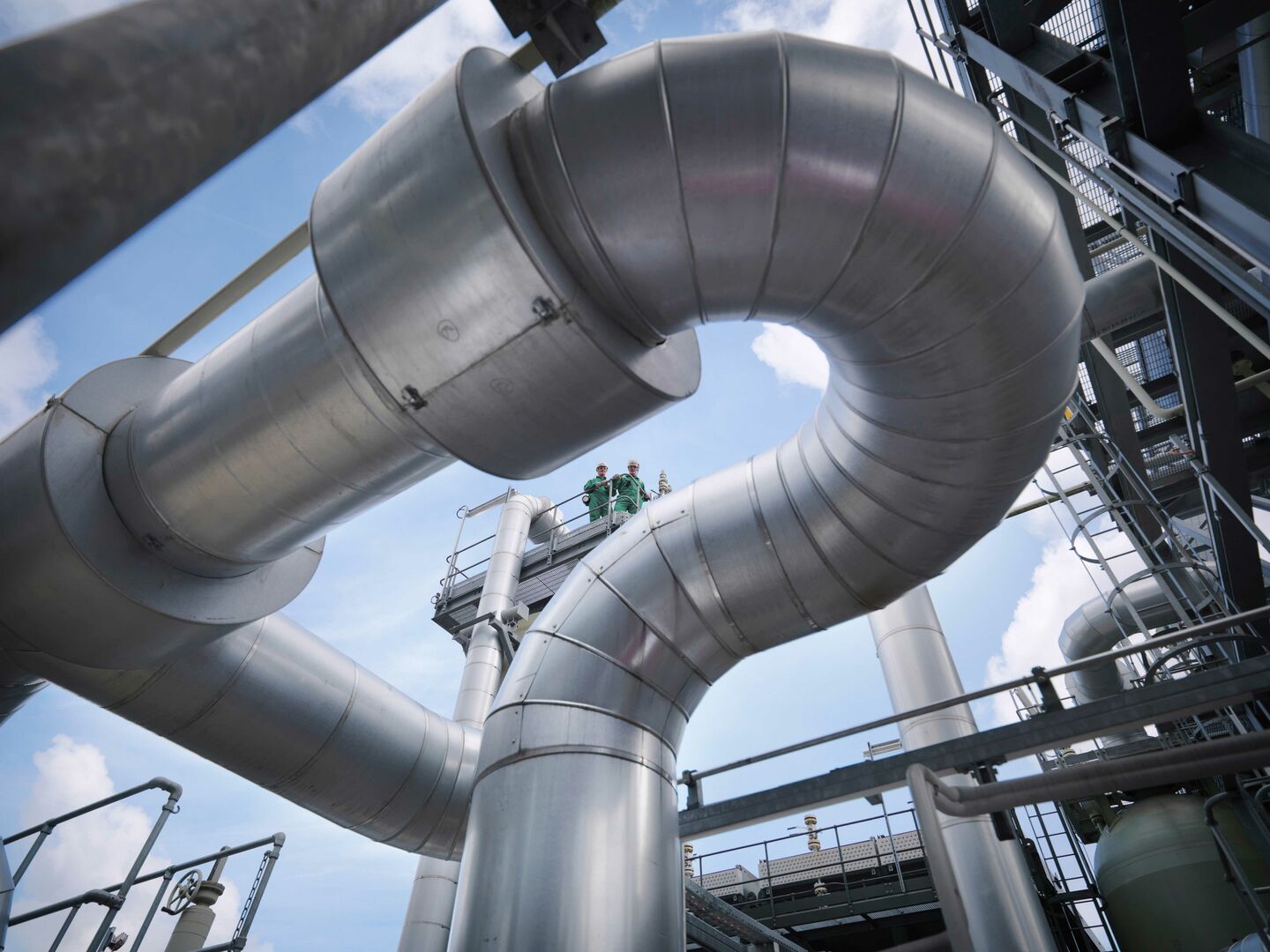 To identify and measure the emissions generated by every relevant Scope 3 category can be a herculean task, partly because it involves the cooperation of other companies, such as suppliers, and contractors. No company would want to overestimate its Scope 3s, but ethics demand that they also mustn’t be swept under the consumer rug.

The concept that emissions from the deployment of the product are the purchaser or user’s problem doesn’t wash with Book: “If we make something and sell it, we enable the customer to do something.” She says she often hears the argument that including product use in a company’s emissions tally means credits for reducing those emissions may be double-counted — on the customer or user’s account as well as the producer or manufacturer’s account. This could lead to an inaccurate or inflated perception of the volume of greenhouse gases being mitigated, a mistake the world can’t afford. In true carbon accounting each ton of greenhouse gases is offset or avoided only once, generating a corresponding credit, which can be traded on the carbon market, and pursuing the tons for which any organization will take responsibility is a complex investigative, collaborative exercise. 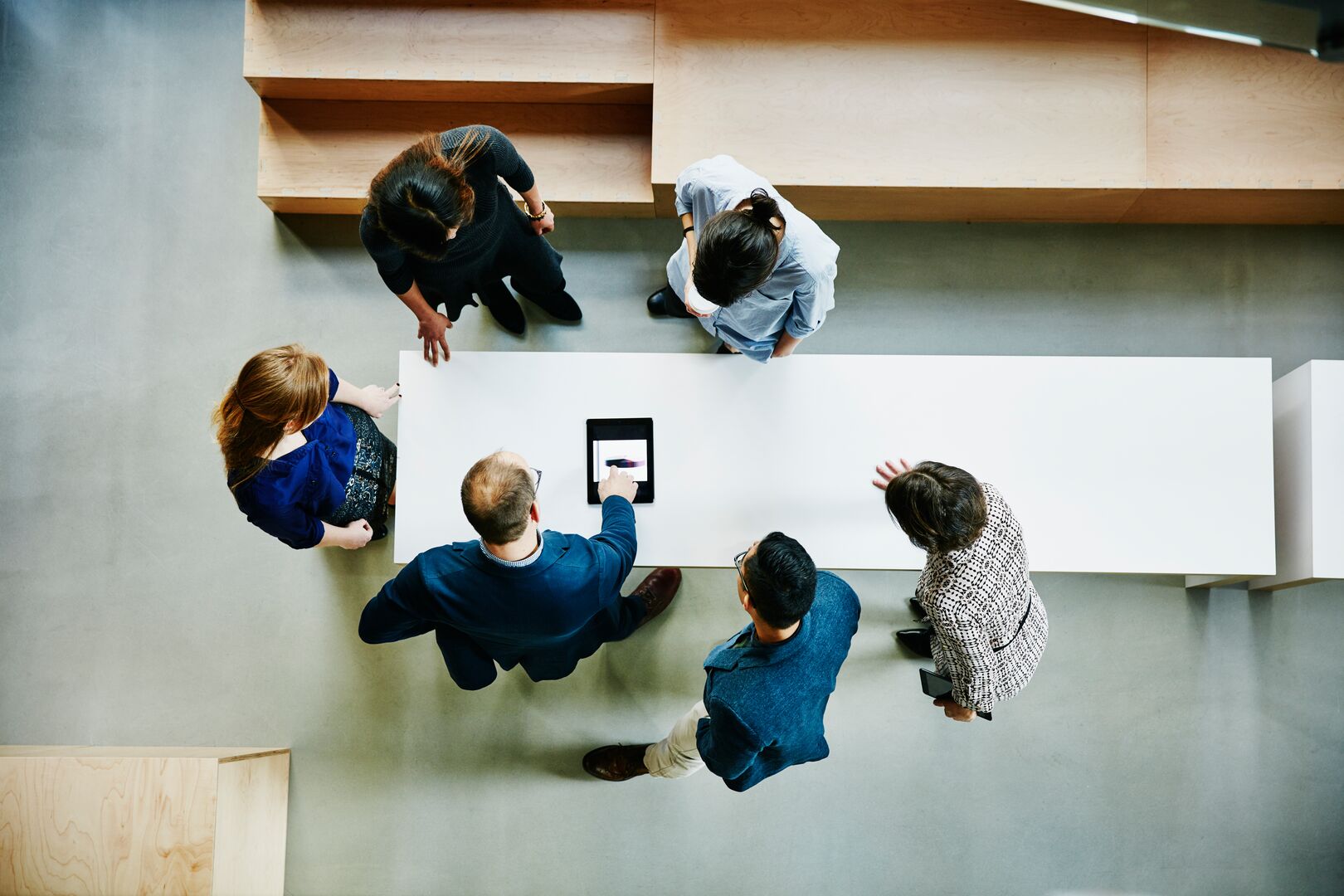 Fortunately, everything a company does to figure out and reduce the Scope 3 impacts of its product not only makes its product more desirable in a carbon-counting marketplace but helps people up and down the value chain to work more sustainably.

For example, says Book, “Everything Audi does on the commercial side to reduce the full scope of emissions from its cars, really helps in terms of lowering the emissions footprints of its customers.”

As for shareholders, says Book, they “typically don’t want to hear another pledge to reach net zero, they want to see an action plan.” That is, they want to know that a company can identify the magnitude of the problem and the “pockets of opportunity”, as Book calls them. Having reached this level of understanding of its Scope 3 emissions, one corporate approach to reducing them is to target the greatest percentage of emissions that can be abated with technology available today. Some categories of Scope 3 emissions may not yet have viable technologies available to reduce their greenhouse gas output, in which case companies can plan to utilize technologies as they become more cost-effective.

Bringing finance departments to the Scope 3 table is essential to achieving reduction targets that align with company strategies. “Once you assess the pockets of emissions that you can tackle now, you can build your business case for those reductions, and integrate them into your commercial strategy,” says Book. 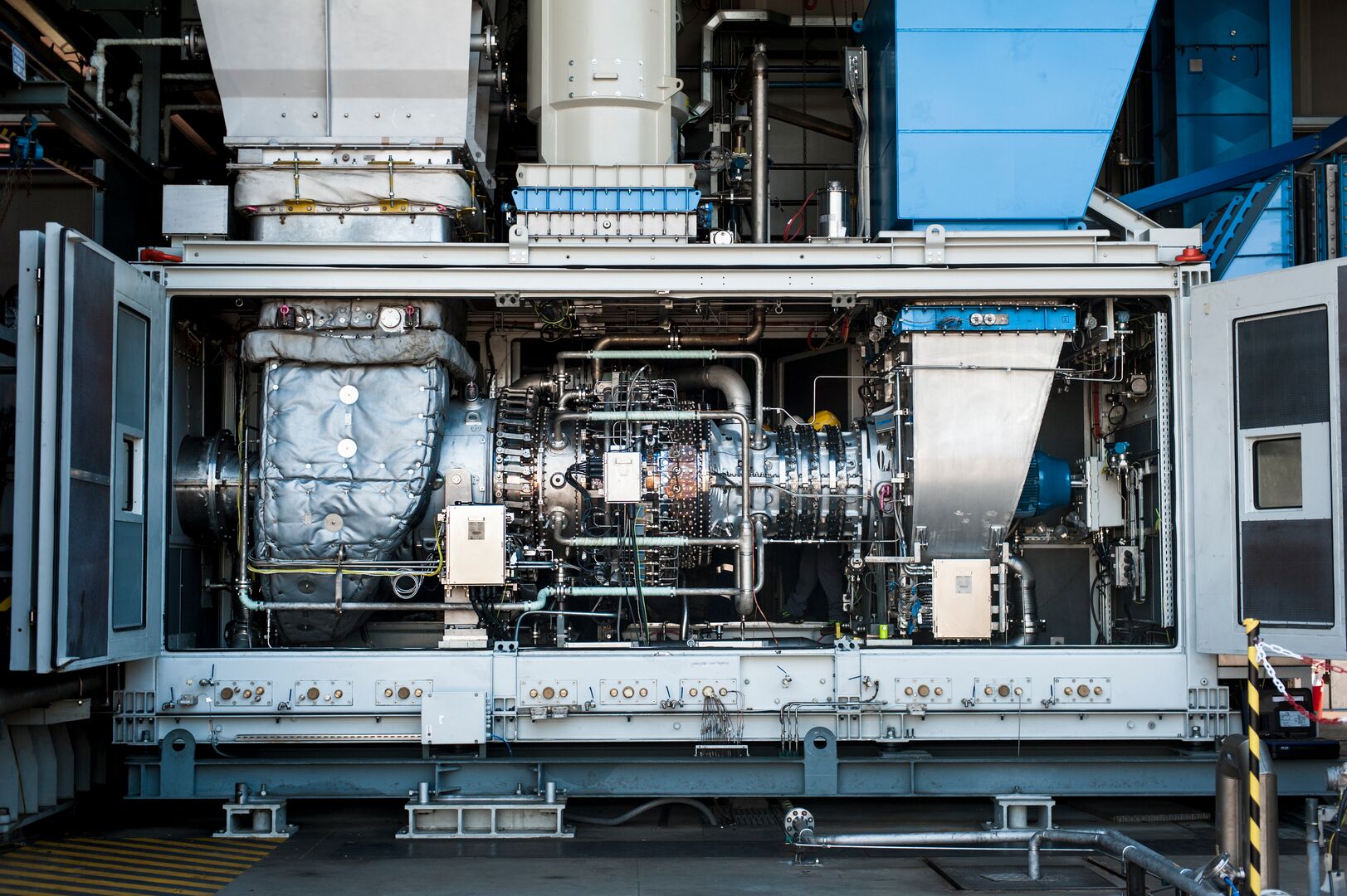 Scope 3 emissions that originate in organizational supply chains … “They’re tough. They’re really tough,” she says, “because you have to rely on every supplier to measure and disclose the emissions around their product. The world is not there yet.” It may take some time before supply-side reporting becomes universal.

Baker Hughes’ VP of Energy Transition says one of the flaws in the world’s path to net-zero is that it assumes the complete phase out of fossil fuels. She emphasizes that there are too many essential by-products of oil and gas production to not strive for low-carbon exploration, extraction and processing of these resources, both during the energy transition, when they are still needed to supply the world’s still growing energy needs, and in the long term.

In the long term, she says, we have to figure out a way to have oil and gas but in a lower carbon state. The argument is deeply personal to Book who says, “For many of us who are cancer survivors or have other serious medical concerns, we survive because MRIs [magnetic resonance imaging technologies] exist, and MRIs are enabled by helium which is needed to cool the magnets that run the diagnostic machine, and helium is produced with natural gas …”

It’s one powerful example of why the petrochemical industry’s Scope 3 — the Big Hairy Beast of emissions complexity — is worth chasing down. And why its emissions are worth taming rather than hunting the sector to extinction. 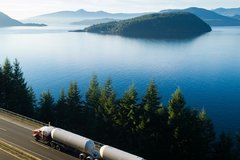 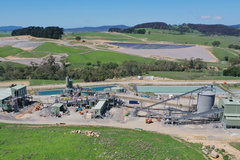 How energy technology is helping mining to decarbonize