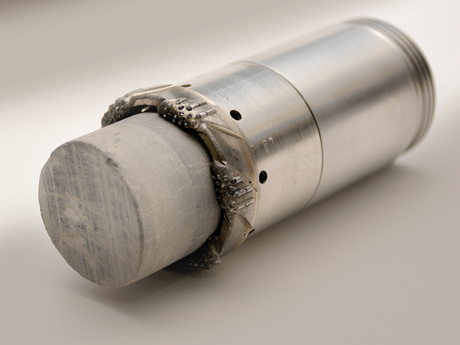 Invasion of drilling fluid filtrates into your core samples can make subsequent analyses of water saturation, effective permeability, and residual oil saturation unreliable and speculative at best. The CoreGard™ low-invasion coring system from Baker Hughes minimizes drilling fluid filtrate invasion during the coring process, ensuring that you get the best possible core for analysis.

Because your major reservoir production decisions depend on the information obtained from a core analysis, you need to ensure that you’re collecting a high-quality, uninvaded core sample. The CoreGard low-invasion coring system delivers, with increased coring penetration rates and unique design features to prevent filtrate invasion and protect the core—from the first cut until it is pulled from the hole.

Contact us to learn how the CoreGard system can help you secure the best possible core for your analysis.

Your request has been submitted.
Thank you for your interest. A specialist will be in touch with you shortly.
Our new brand